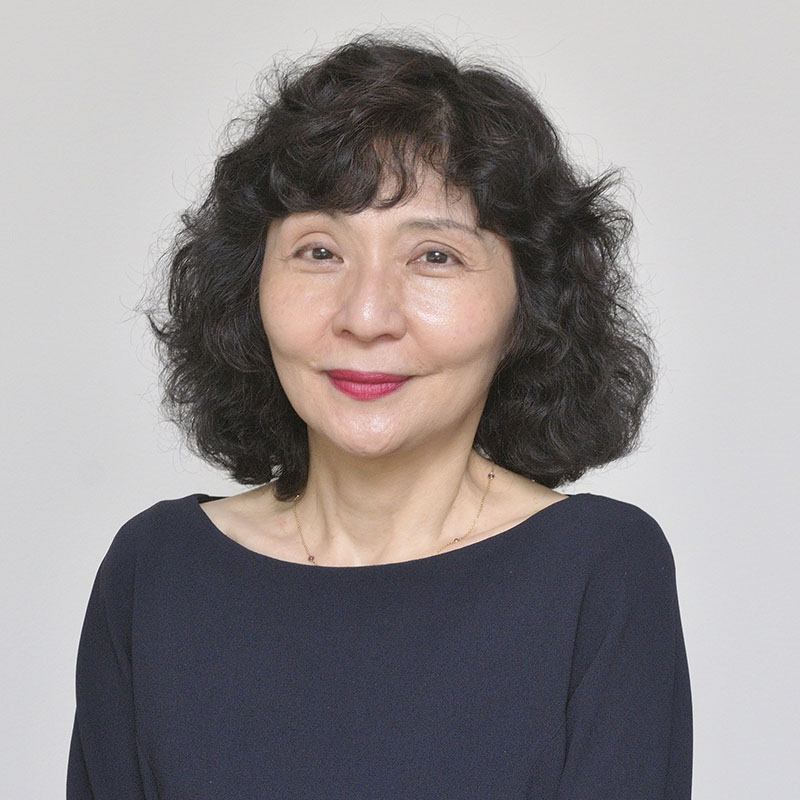 Kyoko Ito was born in Kitakyushu City, Fukuoka Prefecture, Japan. She graduated from Tokyo University of the Arts and Frankfurt University of Music. She won third prize at the 43rd Music Competition of Japan. During her ten-year stay in Europe, Ito won third prize at the Busoni International Competition in 1977. She has given recitals in Germany, the Netherlands, and other places in Europe. In Japan, Ito started her career as pianist when she played two concertos with the Kyushu Symphony Orchestra in 1978. She has performed in various concerts such as the regular concert held by the Frederic Chopin Society of Japan, Mainichi Solisten, and she was chosen as the first performer in the Gifted Artists Series under the joint auspices of Ongaku-no-tomo, a music magazine publisher, and the Nippon Steel Corporation, given great expectation as a budding pianist. Ito has performed with major Japanese orchestras including the NHK Symphony Orchestra conducted by Savalish, New Japan Philharmonic, Japan Philharmonic Orchestra, Tokyo Metropolitan Symphony Orchestra, Tokyo Symphony Orchestra, and Nagoya Philharmonic Orchestra. In 1992, she was chosen as soloist for the performance with the Philharmonia Orchestra conducted by Sinopoli. Ito has also actively performed overseas. She was dispatched to Eastern Europe (Poland, Rumania, and Bulgaria) by the Japan Foundation and gave recitals and performed with the Filarmonica de Stat G. Dima in 1993. In 1998, Ito was again dispatched by the Japan Foundation to give recitals in Vienna, Sarajevo’s Winter Festival just after its civil strife, Macedonia, and Slovakia. Her recitals and chamber music performances in Chicago, San Francisco, Vienna, and Eastern Europe countries as well as in Japan have all been rated highly. Kyoko Ito appeared in the salon concert on NHK Oita for twelve years from 1987, taking up her new style of concert which includes talks by the performer that is now popular in many concerts. On the program, she performed and talked about various work-series by Chopin and Mozart, and for children Burgmuller, and Sonatine, consistently developing new fields. In 1994, Ito planned the Argerich Chamber Music Festival with Martha Argerich, a longtime friend of hers. The concerts were well received in Tokyo and other cities in Japan. With this achievement, Ito was asked by the City of Beppu to serve as a producer for the cultural development of the city, and since then she has been promoting the creation of a new music culture in close cooperation with Argerich. In September 2000, she established a fund called “Otamajakushi-kikin” (tadpole fund) to provide children with more opportunities to listen to classical music. From this fund, the current Pinocchio Concert was born. Ito is also active in various fields such as lecturing and essay writing, and the Pinocchio Concerts aiming for “mind education” have been a center of her activities. She served as art and culture coordinator for “Fureai Culture Center” in Kasuga City, Fukuoka Prefecture, from 1999 to 2009, and has been music advisor for Kotohira Shrine since 2001. Ito has served as a judge in the Student Music Concours of Japan, and also acted as the jury president in the Kawaguchi City Piano Competition. She received the Kitakyushu Citizen Culture Award and the Honorary Female Prize from Soroptimist International in 1995, and the Special Prize of the Nippon Steel Music Award and the Oita Godo Shimbun Cultural Prize in 2002. In 2009, Ito took office as Cultural Ambassador for Kitakyushu City. She received the special distinguished service award from Beppu City in 2010, and the distinguished service award from Oita Prefecture in 2011. In 2016 Ito received the 3rd JASRAC (Japanese Society for Rights of Authors, Composers and Publishers) Music Culture Award. In November 2018, Ito received the 77th Western Japan Cultural Award for her achievement to foster the Beppu Argerich Music Festival and connect a regional area in Japan to the global music scene.
Vice Chairperson, Argerich Arts Foundation, Prodecer, Shiiki presents Argerich’s Haus.